“Poverty is not caused by men and women getting married; it’s not caused by machinery; it’s not caused by “over-production”; it’s not caused by drink or laziness; and it’s not caused by “over-population”. It’s caused by Private Monopoly. That is the present system. They have monopolized everything that it is possible to monopolize; they have got the whole earth, the minerals in the earth and the streams that water the earth. The only reason they have not monopolized the daylight and the air is that it is not possible to do it. If it were possible to construct huge gasometers and to draw together and compress within them the whole of the atmosphere, it would have been done long ago, and we should have been compelled to work for them in order to get money to buy air to breathe. And if that seemingly impossible thing were accomplished tomorrow, you would see thousands of people dying for want of air – or of the money to buy it – even as now thousands are dying for want of the other necessities of life. You would see people going about gasping for breath, and telling each other that the likes of them could not expect to have air to breathe unless they had the money to pay for it. Most of you here, for instance, would think and say so. Even as you think at present that it’s right for so few people to own the Earth, the Minerals and the Water, which are all just as necessary as is the air. In exactly the same spirit as you now say: “It’s Their Land,” “It’s Their Water,” “It’s Their Coal,” “It’s Their Iron,” so you would say “It’s Their Air,” “These are their gasometers, and what right have the likes of us to expect them to allow us to breathe for nothing?” And even while he is doing this the air monopolist will be preaching sermons on the Brotherhood of Man; he will be dispensing advice on “Christian Duty” in the Sunday magazines; he will give utterance to numerous more or less moral maxims for the guidance of the young. And meantime, all around, people will be dying for want of some of the air that he will have bottled up in his gasometers. And when you are all dragging out a miserable existence, gasping for breath or dying for want of air, if one of your number suggests smashing a hole in the side of one of the gasometers, you will all fall upon him in the name of law and order, and after doing your best to tear him limb from limb, you’ll drag him, covered with blood, in triumph to the nearest Police Station and deliver him up to “justice” in the hope of being given a few half-pounds of air for your trouble.” 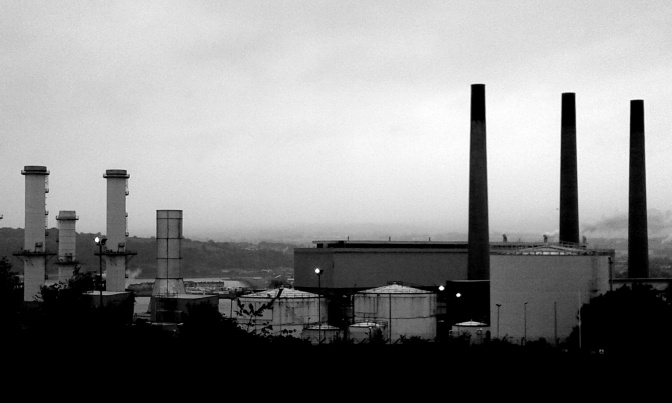